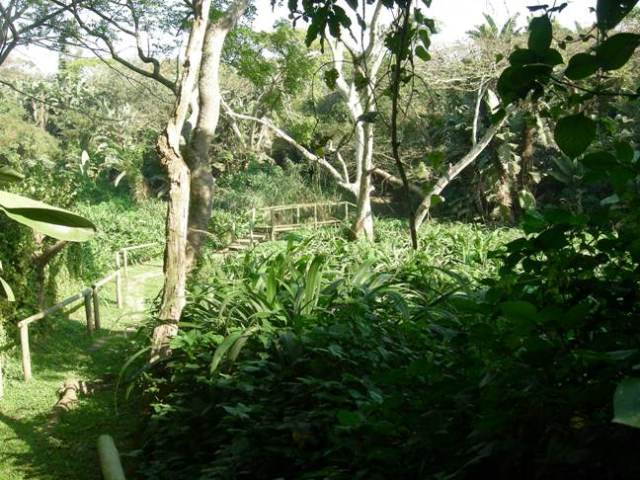 The above picture, which I took in the Umbogavango Conservation area, is a good illustration of the ‘Foreshadow’ theme, but also serves to lead into an interesting story regarding a place we visited last weekend.

Even a number of the locals living at Amanzimtoti on the KwaZulu Natal South Coast in South Africa are not aware that they have some remarkable conservation areas on their doorstep, with recreation facilities.  AECI (originally African Explosives and Chemical Industries) had virtually laid waste to a tract of land there but, as a ‘Remediation case study’ published by them states:

‘A remediation project at the Umbogintwini Industrial Complex (UIC) was initiated in 1995 to address the contamination of land and groundwater resources due to historical activities associated with the manufacture, storage and distribution of chemicals, agrochemicals and fertilizers.

‘In 2009, the project’s progress was recognised in the biodiversity category of the annual eThekwini Mayor’s Award for Excellence. The motivation for the award focused on best practice remediation, conservation and education work to address legacy issues. In particular, the Vumbuka Reserve, a 27 hectare area in the north-west portion of the UIC was highlighted. This area was previously used for the disposal of liquid and semi-solid wastes generated from manufacturing activities at the UIC from the mid-1950s until 1998 … 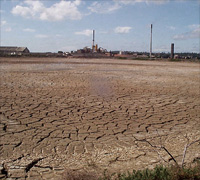 ‘ … The Vumbuka Reserve has been transformed from a series of waste disposal dams into a conservation area with over 10 000 indigenous flora and increasingly diverse wildlife. When combined with the other already well established conservation areas at the UIC, namely Umbogavango and MambaValley, 77 hectares or 30% of the UIC’s developed land is now a green belt. Some fencing at Umbogavango has been removed, creating a link with Vumbuka and allowing the free movement of wildlife, including the Cape Clawless Otter, between the various green belt areas. Umbogavango is characterised by coastal forest, secondary grassland and a herbaceous wetland. Vervet monkeys abound and Banded and Water Mongoose, Blue Duiker, and Spotted Genet are also seen. Over 200 bird species have been identified.’

How one wishes more industries would take similar action to correct mistakes of the past. Here are some further pictures I took: 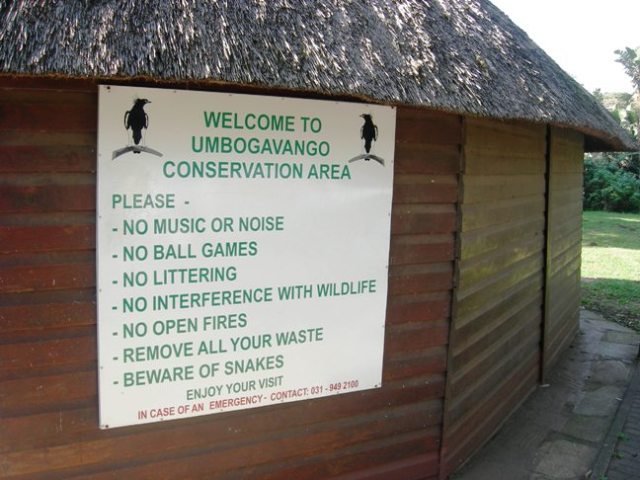 … and remember, Mamba Valley is right next door …

Is said to be an otter-ly charming spot.