Posted on February 8, 2014 by colonialist 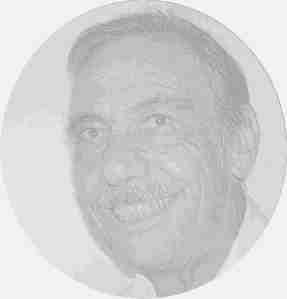 I generally don’t show pictures of my human alter ego, but decided to make an exception for the challenge, and played around a bit with this one of my novel portraits for the occasion.

At the same time, I thought I might as well do a bit of own trumpet-tooting, which modesty or idiocy or something has kept me from doing before.

Last year was a poor one for sales of my fantasies.  Among various reasons was the state of the economy generally plus – it must be admitted – I didn’t do much in the way of marketing.  I’m just not naturally comfortable in that area, and would prefer it if I could just stick to the writing.

Anyway, the year gave a couple of boosts to add to those of having seen my books bought by some schools, universities and public libraries.  A major one was discovering a few months ago, purely by accident, that my Regina has been included in the 2013 Journal of Commonwealth Literature.

“The Journal of Commonwealth Literature

“With over forty years of publication, The Journal of Commonwealth Literature is internationally recognized as the leading critical and bibliographic forum in the field of Commonwealth and postcolonial literatures. It provides an essential reference tool for scholars, researchers, and information scientists.

“Three of the four issues each year bring together the latest critical comment on all aspects of ‘Commonwealth’ and postcolonial literature and related areas, such as postcolonial theory, translation studies, and colonial discourse. The fourth issue provides a comprehensive bibliography of publications in the field.”

It was rather satisfying to see my name on the list for South Africa which included John Ronald Reuel Tolkien, Breyten Breytenbach, J M Coetzee, Athol Fugard, Olive Shreiner, Pieter Dirk Uys, and Nadine Gordimer, as well as writers I have met personally such as Marguerite Poland and Grieg Coetzee (White men with Weapons writer and performer; head scriptwriter for the popular SA soap, Isidingo), John van de Ruit (Spud) and Lyz Russo (The Mystery of the Solar Wind).

I assumed that it must be a comprehensive list of all publications, but soon discovered that this is not the case.  In fact, I was quite surprised at some of the exclusions.

46 Responses to WEEKLY PHOTO CHALLENGE: SELFIE (NOT A MEERKAT)