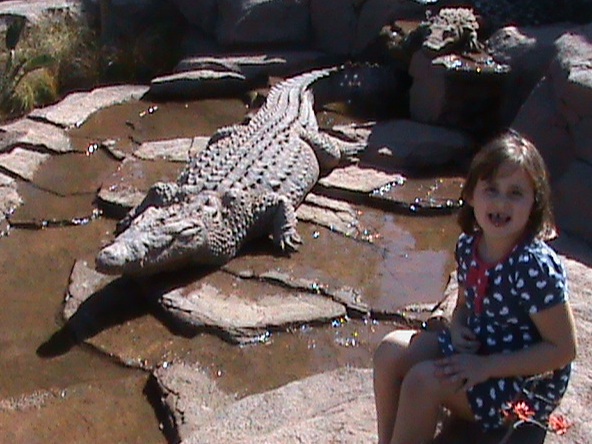 R and friend soaking up sun on Sunday.  No, not tampered with in any way. The crocodile had lost his appetite.

When one gets new sets of tyres,
Optimism it inspires
That they may provide support
For some years, as well they ought.

It can therefore drive one mad
To find one that it, has had! –
Three weeks later cost to face
Is not done with a good grace!

Potholes are to blame, they say,
And I wonder if these may,
With the tyre dealers, be
Part of a conspiracy!

I posted here about having to replace two front tyres, with much muttering and misery.  On Sunday, Oscar, S-in-L’s cat, pointed out to Much Better Half that one of the new tyres had a bulge in it.  (Well, he rubbed against it more than pointing – anyway, he drew it to her attention.)

During a day filled with happy little incidents like leaving J’s school bag on the pavement outside the school (it was handed in, hooray!) as a result of being distracted by a serious sibling squabble, and of having to get duplicate keys cut and buy gutter brackets and things, I took the tyre for replacement.

‘Pothole damage; not covered by guarantee,’ they announced cheerfully.

‘Oh, yes,’ I responded with heavy sarcasm.  ‘Not a mark on the wall, so the pothole jumped through the valve and bashed the tyre from the inside, I imagine?’

A senior was called.  ‘Typical pothole damage,’ he confirmed, nodding wisely.  Before I could give my famous imitation of Vesuvius in action, he added, ‘Look,’ and pointed to a dent and crack in the hubcap exactly above the bump.  ‘The edge of the pothole hits the tyre, it cracks on the inside, and you get a bulge,’ he clarified.

I let my big breath out unaccompanied by sound, and paid up.  But not happily.

Later I removed a window with a rotted frame from high up in the new domicile (not yet moved into) as a pattern for a replacement.  I was quite pleased with my inventiveness in doing the job single-handed.  The plan I arrived at was to put it in a sling secured to the burglar bars, so that after I removed the final screws from inside I could lower it to the ground on a rope.  Then I taped some large doggy-food plastic packs over the gap to keep weather out.

More pics of weekend activities to add to the top one: 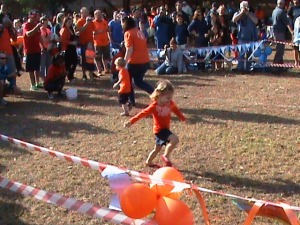 J in action at the School Sports Day on Saturday. 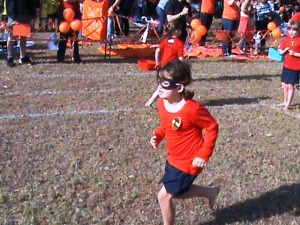 R in the Relay. 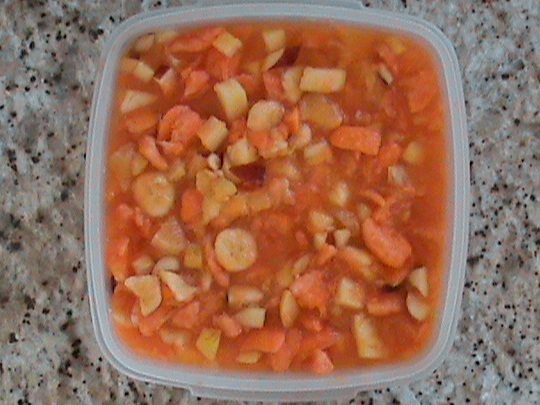 55 Responses to Really awfully tyred out!