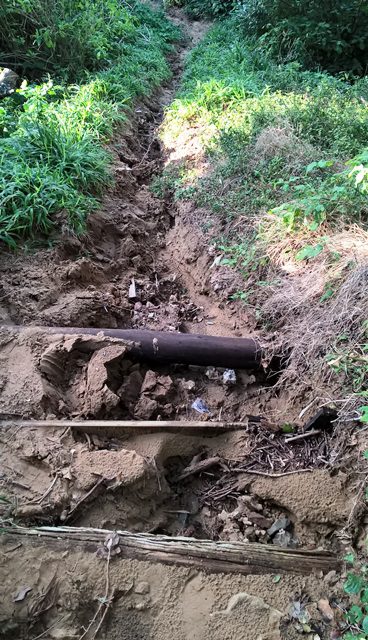 I visited the private beach path I help maintain to see how it had withstood the recent deluges.  It had fared rather well, with only two of my latest steps at the bottom having suffered.  The path beyond that, though, had become a  Narrow furrow. 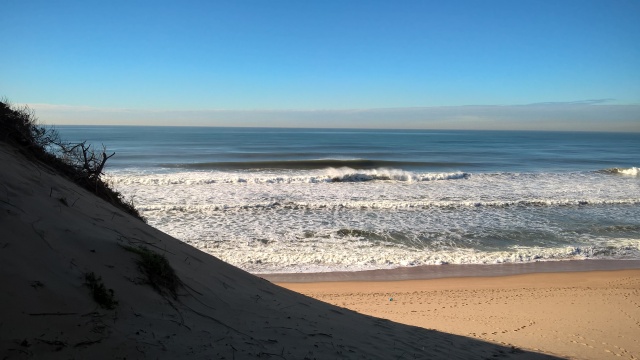 After starting repairs, I went to see the sea and found it set into sets of narrow lines. 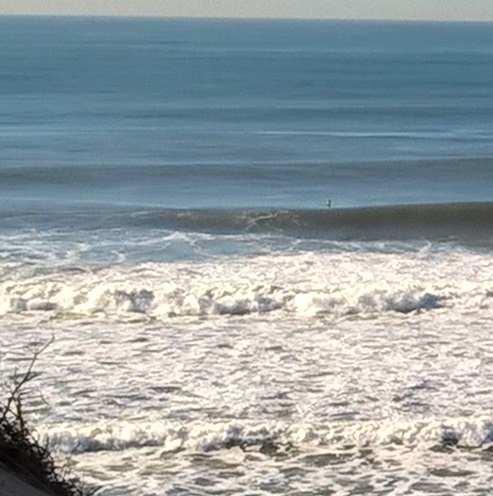 Not quite so narrow, though – those waves are massive!  Note the size of the surfer on top of the dark wave shown in the above crop of the previous picture.  And this was one of the smaller sets!  When the surfer returned to shore I wished him happy birthday and he gazed at me in the greatest astonishment at such an (accurate) wish from a complete stranger.  (I had met his brother filming him a bit earlier, and we had chatted for a while.)