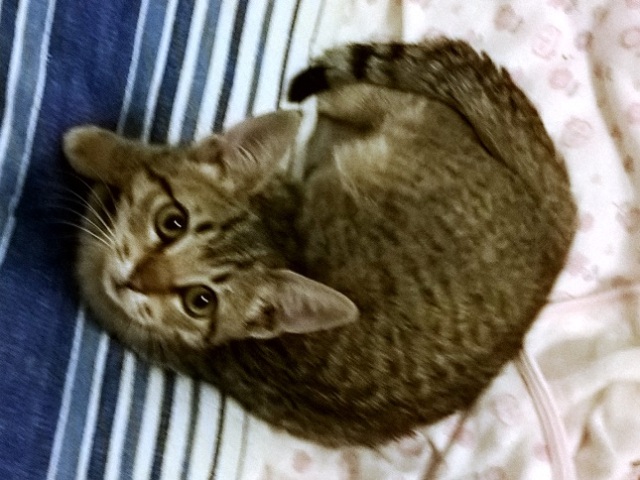 This feral kitten, from the factory part of where Younger Daughter works, has become the latest member of the household. She has been named Cassie, and is making great strides in settling down. She used the sandbox from day one. She is still confined to one room, so that she can be introduced gradually to the other three cats (it doesn’t affect Mister Mack but Amber and Pearl are disgusted at losing what was their domain) and the five dogs, but she has already decided to accept the humans. After all, they feed her, and she loves food! She is even allowing herself to be picked up and cuddled, and although she has a deluxe cat bed she has come to the conclusion that human pillows with heads on them are much more cuddly. YD is having a little nose poked into her ear in the early hours of the morning as a result.

A friend remarked that Cassie very much has the appearance of a wildcat. Some pictures of actual wildcats from Google tend to support that theory! 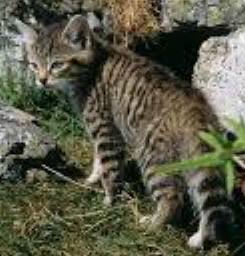 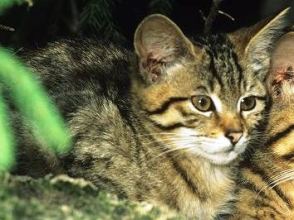 The factory in question was planning to have all their feral cats trapped and destroyed. With the help of a wonderful organisation, YD persuaded them instead to build a shelter for them and to institute a feeding programme. They are now being trapped, indeed, but only for ‘altering’ and release.* Loads of evidence was produced to back up that this is a far better,  less costly, and more long-term solution.  The resident cats still keep the place pest-free, fed or not, and they also stop the incursion of further kitten-producing cats. In cases where new feral cats are accepted by the colony, the trap/fix solution applies again for those individual animals.

*P.S. Here is the website of the wonderful organisation involved in the trapping/sterilisation:

Note their recognition and ‘name and shame’ sections. As they say, ‘Statistics show that most animal abusers commit less abuse after being shot.’

Active septic geranium who plays with words writing fantasy novels and professionally editing, with notes writing classical music, and with riding a mountain bike, horses and dinghies. Recently Indie Publishing has been added to this list.
View all posts by colonialist →
This entry was posted in Africa, Cats, Personal Journal and tagged adopting a wildcat, Feral cats, integrating a wild kitten, solution for feral cat populations. Bookmark the permalink.

14 Responses to Going Wild on Cats