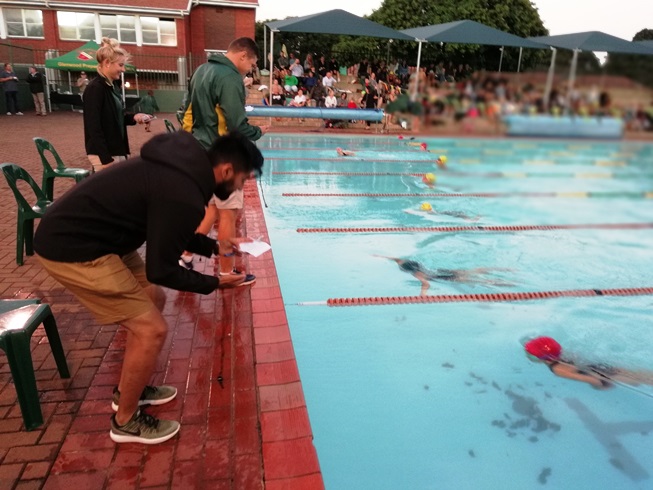 It can be seen here that J (green cap) is clearly in the lead of the Under 7 Breaststroke race. 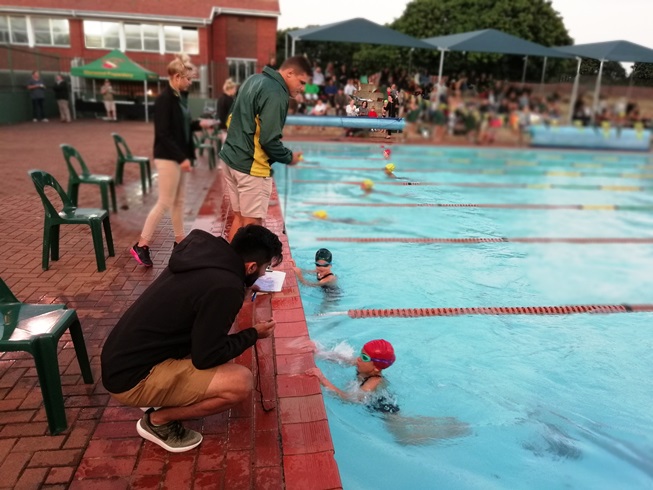 Indeed, she watches triumphantly as the second girl does her touch. 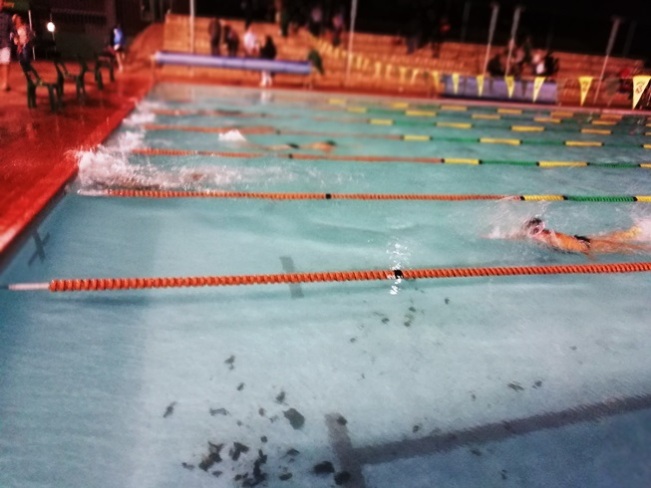 Here the splashes show that R, in the Under 11 Freestyle, has completed her tumble-turn just ahead of the others, and she went on to win.

At last, a Squad Gala where both grandkids were fit and competing. They distinguished themselves nicely.  J got a third in the butterfly, and then won both the freestyle and the breaststroke in her age group. R, in hers, won freestyle and breaststroke (we think, or she was second in the latter if the timekeepers were not on the ball; she knows she touched first by a fraction of a second). Then she was second in the butterfly and third in the open freestyle.

Now they both have Swimming School/Club galas coming up.

8 Responses to Gala Occasion for Sisters