Not Another Gala Occasion!

Yes, Sunday had us going all the way out to the pool at Phoenix again (a misnomer as the entry fee is not nix for pool or race) as R needed to compete in a 200m Individual Medley in order to get a time that would qualify her for upcoming swimming championships.

Waiting for this one event took the whole morning and part of the afternoon. Anyway, it was worth it when it happened. 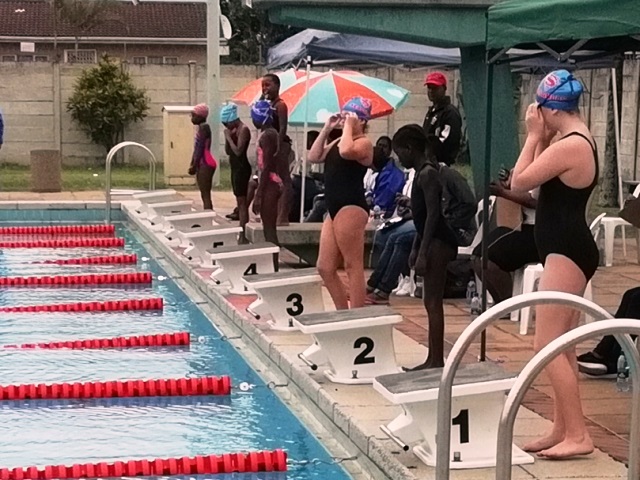 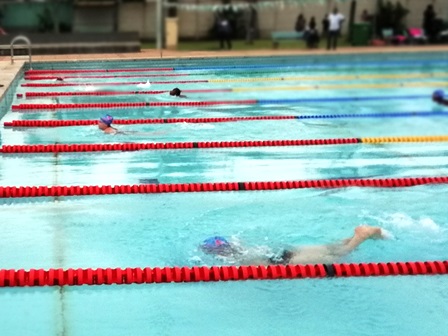 Near the front in the butterfly. 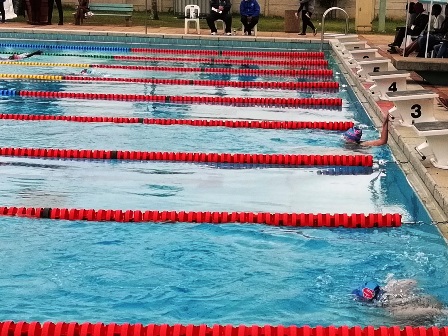 Lost in the backstroke, where she and her club-mate turn together. 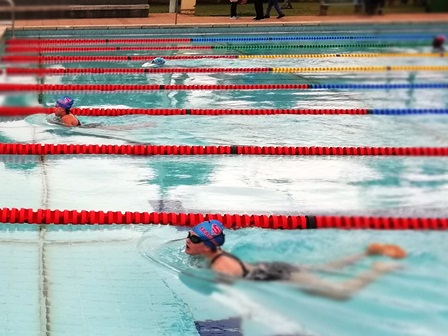 Lead build up again in the breaststroke. 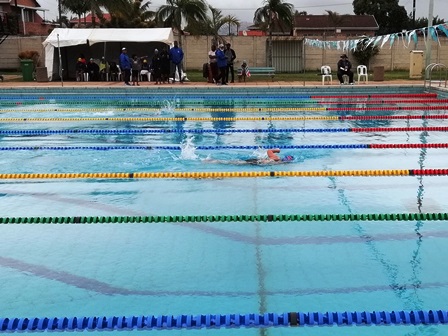 In the freestyle dash to the finish she shakes off her fellow club member, but the girl in the blue cap in a far lane is sprinting (see how close her splashes are). 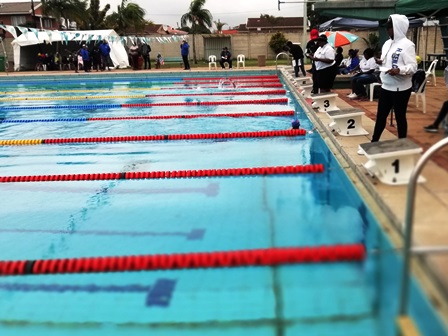 On reaching home I eagerly started catching up on writing matters only to have a blackout at 16h00. A phone call revealed that this was part of reintroduction of a two-hour ‘load shedding’ cycle. We have not enough electricity to go round. Make that coal, actually, due to crookery and bad management.

Only, the two hours became five, with the lights only being restored after 21h00.

Tonight, another such session is scheduled.

Active septic geranium who plays with words writing fantasy novels and professionally editing, with notes writing classical music, and with riding a mountain bike, horses and dinghies. Recently Indie Publishing has been added to this list.
View all posts by colonialist →
This entry was posted in Africa, Grandchildren, Personal Journal, Swimming and tagged 200m IM win, Colonialist, Swimming Gala. Bookmark the permalink.

13 Responses to Not Another Gala Occasion!