A Legacy of Idiocy 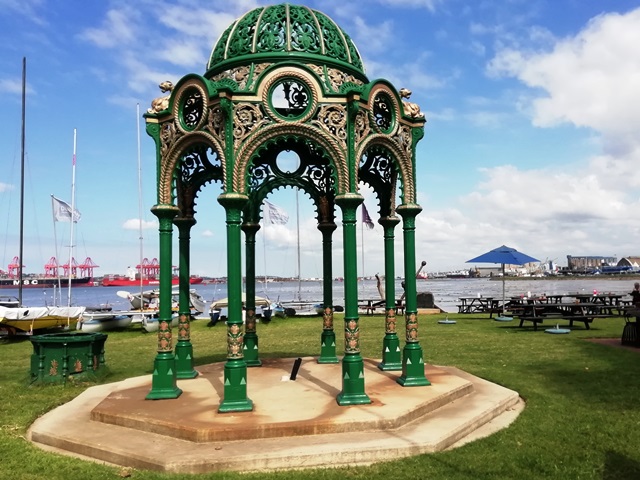 For many years this monument was one of the features, with the Dick King Statue, of Durban’s Esplanade.

This area of the Bay in the background of the Vasco da Gama monument was cleaned up the day before by volunteers, but as may be seen mismanagement enabled the recent floods to fill it with rubbish again on the very next tide.

This was not where this monument was meant to be.

On our latest visit to the Royal Natal Yacht Club I was reminded of the steady conversion of the now hated legacy of Colonialism into a new legacy of foolhardiness, short-sightedness and ineptitude by the present regime.  The monument to Vasco da Gama, who discovered and named Natal on Christmas Day, 1497, had rested on Durban’s Esplanade since 1969 when suddenly it was no longer wanted. Fortunately the Yacht Club adopted it. As they occupy leased land, one just hopes this part of history won’t have to move again in due course. There has been talk of them (and Point Yacht Club) being booted off their present sites.

While the local administrations cannot be blamed for the severity of climate-change rainfall that has caused devastation along river banks, they are certainly at fault — criminally, in view of the loss of life  — in allowing polluting settlements to be established there. Also, in offering no anti-littering education to large sectors of the population. This ultimately exacerbates the worldwide threat to marine life. It was saddening to see one lone pelican striving to find food through the rubbish.

Active septic geranium who plays with words writing fantasy novels and professionally editing, with notes writing classical music, and with riding a mountain bike, horses and dinghies. Recently Indie Publishing has been added to this list.
View all posts by colonialist →
This entry was posted in Africa, Beach, Birds, Colonialist, Current Affairs and tagged Colonialist, Mismanagement of Flood Plains, Moving Monuments, Pollution. Bookmark the permalink.

17 Responses to A Legacy of Idiocy