Seeing that Trump’s Greenland bid has failed,
His ambitions further now have sailed,
And attention presently is caught
On S A as somewhere to be bought;
One condition laid down for the sale
Is for a new government; all male;
And he would prefer if each new face,
Lighter-coloured is than now in place;
While, also, he insists that any gold
Be redirected to his private fold;
To compensate for massive cost
Replacing all that has been lost
In such a wrecked economy —
Might recompense to some degree.

And in other far more important matters, Squad Swimming today — R seen in second lane.  There was supposed to be a gala last night but the weather turned awful. As an indication, Amber, one of the ginger cats, decided to sleep not only on our bed but snuggled into me under the blankets. 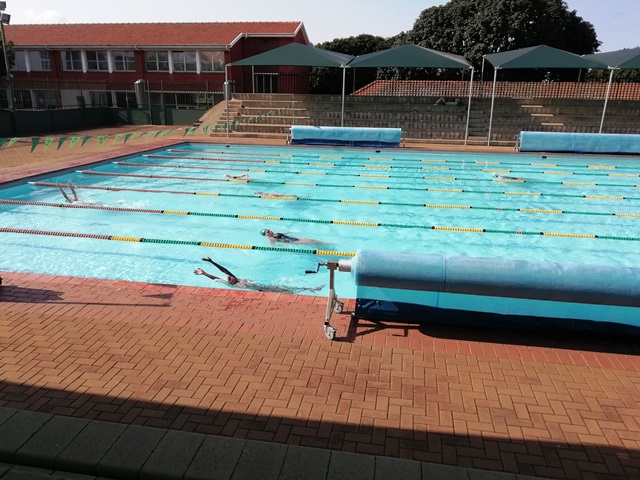