Ritual slaughter as a spectacle 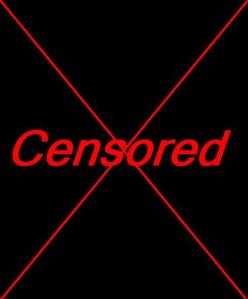 Ritual slaughter in a public place.

In October, 2011, following reports of ritual slaughter of animals in a suburban street locally – apparently under permit granted by the local authority – I blogged under the title of ‘Slaughter in the Suburbs’.

According to stats, that topic has had more than double the views of any other I have ever written on in WordPress.  These have shown a sudden major spurt in the past few days using ‘African slaughter rituals should be allowed in the suburbs’ as the most common search subject – I wonder what sparked it?  A recent news item I missed, or even, perhaps, an assignment for some tertiary education course?

Anyway, I would feel gratified if there was any indication that the interest came from those who were in support of the feelings of disgust and disapproval I expressed, but the evidence seems against this.  Only four comments have come subsequent to the month of publication.  Whilst all of these were against the practice, I assume that the hundreds of other visitors were either disinterested in the moral and commonsense aspects, or looking for justification for such rituals.  Either way, I imagine that they had to slink away disappointed.

Surely, any rational modern person must accept that any gods, or writings, or sets of ancestors, or blindly-followed customs, which perpetuate barbarity of this sort are worthy only of ridicule and contempt.  The practices should not only be condemned in the strongest terms, but should be made completely illegal and subject to harsh penalties.  International legislation is, in fact, disgracefully backward in this regard.  Tolerance for immoral absurdities contained in religion is allowed to replace all decency.

Any religion worth having should inculcate total respect for living creatures and be against causing them suffering.  It should, particularly, be against anything which makes a spectacle of slaughter, particularly where children are allowed to be present.

The regulation of abattoirs is in serious need of reform worldwide, but at least the malpractices found there are not used for ‘entertainment’ which is, in effect, what public ritual slaughtering provides.  This is an abomination similar to dog-fighting or cock-fighting, and religion can provide no excuse whatsoever.

Active septic geranium who plays with words writing fantasy novels and professionally editing, with notes writing classical music, and with riding a mountain bike, horses and dinghies. Recently Indie Publishing has been added to this list.
View all posts by colonialist →
This entry was posted in Current Affairs and tagged African slaughter rituals should be allowed in the suburbs., animal rights, Colonialist, protection of children from witnessing slaughter rites, Public Slaughter Rituals, ritual slaughter, Slaughter in the name of religion, slaughter regulation, slaughter rituals as an abomination. Bookmark the permalink.

32 Responses to Ritual slaughter as a spectacle