Once, birdies used to go ‘Cheep, cheep,’
But prices which appear
To seem now so extremely steep,
Have made them say, ‘Dear, dear!’

While birds of the more snobbish sort –
Of lineage extensive –
Are chirping of what they have bought
By uttering, ‘Expensive!’

And birds no longer can allow
Themselves to tweet or twitter –
The fact most humans do it now
Has left them feeling bitter.

Some birds continue raucous cries
Without the least restraint –
With crows, it comes as no surprise
They give caws for complaint. 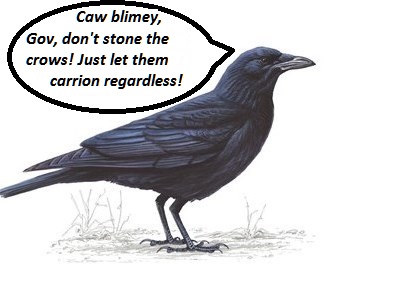 When birdies do a courting song
A purpose is in thought;
To mimic them is very wrong
Till what they’re courting’s caught!

While things whose flight is done at night
Inclined to screech and howl are,
Such creatures giving biggest fright
A version of Screech Owl are.

At Halloween, a type there flies
To make one wet one’s britches …
The Undead flit across the skies,
As well as sundry witches!